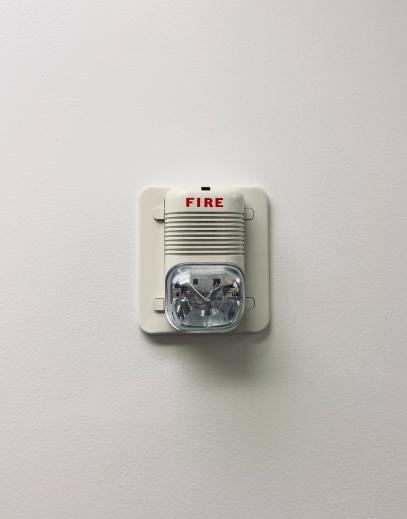 It has been a really long time since I watched the movie Castaway, but I know Tom Hanks was on a plane that crashed, leaving him the lone survivor on a deserted island. He befriended a volleyball, which he called Wilson, and he spoke with it as though attempting to hang on to sanity while also losing what little sanity he had left.

I was discharged after 3 weeks in a psychiatric hospital. The census was low (sometimes down to 5 when the unit holds 22), and that made it seem as though we were on a deserted island. We were unable to leave the unit so that there would be no chance of cross contamination between units if someone was diagnosed with COVID-19. This meant no trips to the courtyard, no trips to the cafeteria for meals (to also obtain unlimited quantities of coffee), and no use of the recreation room. For entertainment we were given a red soccer ball and Cornhole. Ironically, we named our red soccer ball just as Tom Hanks named his volleyball. “Corona” provided hours of entertainment.
Several of us (I use all names with permission) would play monkey-in-the-middle, a very aggressive form of hot Corona (potato), hit the target (typically that was Madison, and she could really take a hit), or we would kick or throw the ball back and forth to pass time.
During shift change, all of the nurses, techs, and behavior health supports would meet in the office and discuss any issues or concerns. The day room (our only common area) was closed during that time. The entire unit (9 people) met in the hallway to kick the ball around to each other. The ball came to me, I stepped back, and I fired the ball down the hallway. It shot like a bullet with an arc that could only come from a midfielder crossing the ball to a striker at the 18 yard line. That perfect arc skimmed the sprinkler in the middle of the unit hallway. Instantly, an oily water mixture came spraying out. It was tinged black and smelled terrible.
Knowing what was coming, I dove into my room, rolled to my back, and kicked my door closed. As I was diving, I saw Ebony and Amy sprint down the hall away from the sprinklers. Instantaneously, the gray, pungent water began pouring into my room, and the fire alarm began screaming. I could hear staff yelling over the noise to turn off the water, but the staff on duty for the night were all too short. They had to allow one of the patients to use the exit door where the shut-off valve was, which could have allowed him to run out of the hospital. The staff decided it was worth the risk because he was tall enough to reach the water shut-off, and the water was already several inches high.
I darted out of my room and down the hall toward the day room (the designated location when a fire alarm is activated). While there, I was informed that Tonya had locked herself in the bathroom of her room as though she was trying to escape a bar fight. When she realized she was not getting out of it unscathed (or at least dry), she gingerly walked through the puddle to put her Crocs on. It was later described to me that she put them on in four-wheel-drive (the straps go in the back for the heel rather than the front) and ran down the hallway.
Madison appeared in the day room shortly after everyone else, and she was drenched. When I asked her what happened, she reminded me that she has a slow reaction time (hence the reason it was so much fun to play “hit the target” with her). When the sprinklers began spraying, she sat there for about 30 seconds before reacting. There was an actual body print on the wall from where she sat because the black, oily substance was blocked by her body and was running clear by the time she stood up and moved.
After approximately 30 minutes, four fire trucks, all blankets and towels on the unit, 5 maintenance men, and 2 floor cleaners, the mess was cleaned up. Amy, Madison, and I walked to the nurse’s station and requested the Cornhole game (as a joke). The nurses pulled it out and let us play. Again, as a joke, I shouted, “Happy Independence Day” and launched a bean bag. I may have been able to fit a sheet of tissue paper between the bean bag and the sprinkler. At the point, I decided I should pick up a book for the rest of the night. Maintenance had already seen me earlier in the day after I somehow managed to cause a very loud crash when my large heater cover fell to the floor. I did not intentionally break it, but I had noticed it was loose and wondered what would happen if I sat on it.
Fortunately, in the midst of all of this, we were able to blame everything on Kevin. Kevin was our imaginary friend (or fake auditory/visual hallucination). The thing about imaginary friends (hallucinations) is that typically only one person knows/has them, so because all of the patients knew Kevin and could provide the same details about him, the staff were frequently confused. It takes “crazy” people to have “crazy” fun.
Being in a psychiatric ward is different than what some people think. In the movies, there are straight jackets, patients wear all white, the rooms are locked with a wired window, and there is minimal stimulation (including all-white walls). Patients sit in chairs and drool on themselves, present with catatonia, or yell obscenities or non-sense. There are many aspects of a psychiatric hospital that are very unpleasant or difficult, but I want everyone to know that it is not always what we think. Our imagination is often very wrong, as are our perceptions. I have a story to tell and a point to that story, so part one has been the comedy to open up the discussion.

3 thoughts on “How to Flood Unit A4 With Style”