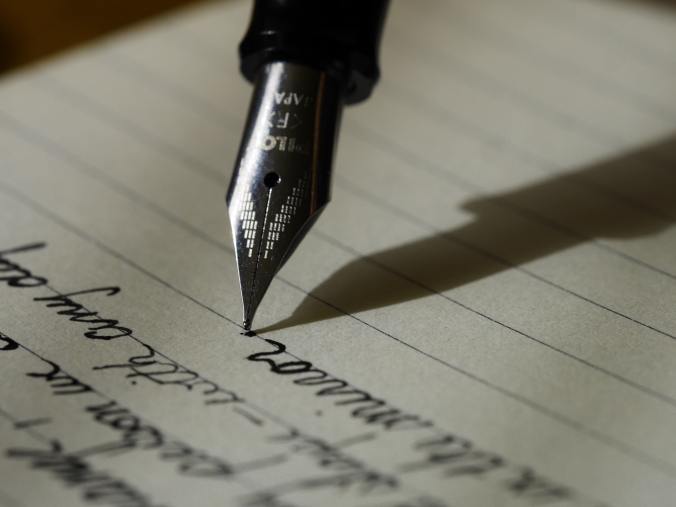 Photo by Aaron Burden on Unsplash

I once wrote a suicide note. Only once. I have no idea what it said, but I know it was probably very conventional. “I love you. I’m sorry. It’s not your fault.” It probably had no address. I doubt I wrote, “Dear Tim and Ian.” That was in the absolute most painful period of my life. There was no relief from the constant nagging of inner turmoil, grief, and hatred. I wanted out, so I wrote fast. I failed in my attempt to end my life. A friend of mine says that I am terrible at dying and should never try again. He actually told me a story of a person he knew who shot himself in the chest and missed every organ. This man had a hole in the front and a hole in the back. I told my friend that the man he spoke of was far worse than me, but I digress (and I am not sure too many people are really going to understand the humor I am using here).

I’ve never felt very far from where I started – holding a 9mm pistol to my head with the safety off only releasing the trigger because I heard the door open. My husband was home with our young son, and there was just enough spark left in my frontal lobe to create a split second of logical thinking: “Do not do this in front of your husband and son.” I mean, I am probably much further from where I started than what I give myself credit for, but there are times when I circle back around. I get caught in the same thinking traps, anxious about the same yearly cycles (school letting out, school starting up), hurt by the small reminders of the things in life that suck, and I trip over progress. You know. When you have the opportunity to grow, change, or make things better, and it completely overwhelms you?! No? Just me? Liars.
In the movie, “My Girl,” (classic, by the way) Vada is grieving, angry, confused, and hurt. She decides to run away from home. Her best friend Thomas follows along and eventually convinces here that they need to stop because his legs hurt AND they have walked by the same area several times. She hadn’t made much progress by walking in circles, but she was creating space and moving further from her emotional beginning – even if only a little.
Right after my brother passed away, I read a book called Grieving Mindfully. The author discussed grief as a spiral staircase. Moving away. Coming back. Always circling but creating space, further from the bottom. It reminds me of the staircase of Jackson Hall at Clarks Summit University where I attended college. The people who cleaned would drop the bags of garbage from whichever floor they were on to the bottom. The bottom of the spiral staircase of grief, anger, pain, jealousy, not being good enough, and fear is where the trash really piles up. I may circle it, but I am still moving away from it.
I frequently, though not as often as I used to, find myself walking in circles, and when I do, I think about how my brother used to say, “I’ve seen this movie; I know how it ends.” I am convinced that every time I start walking in circles because of those thinking traps; anxiety provoking cycles; hurtful reminders; and terrifying potential milestones, I am going to crash to the bottom with the trash. And even if I can pull myself up from wherever it is I land, who is to say that it won’t happen again. I cannot bare the thought of repeating the same process over and over again. It is exhausting. It is terrifying. It is paralyzing. It is defeating. It feels hopeless.
Does it ever go away? Will I ever be normal? Is there something wrong with me? Wrong with my brain?
Will I just write a better suicide note? Will I figure out the easiest, most lethal, least painful, fastest way to die by suicide? What if I devote the next several years to figuring out death rather than life? What if I have already spent time figuring all of that out? What if I am just a ticking time bomb? What if this is a suicide note? It’s not. But what if the rest is true?
On September 1, 2019 I wrote in my blog about a plan to end my life. I remember the plan. Vividly. I remember questioning my significance and whether I mattered to anyone. I have thought repeatedly about the last thing my Grandmother ever said to me before she passed away: “You are going to be someone someday.” I have tried to make sense of it. I have tried to figure out just who I am going to be. I have tried to figure out what difference could I possibly make. I have tried to figure out if I am that someone or when I will become that someone.
Anyway, I have two important takeaways as I make another pass on the spiral staircase:
1. I struggle. Still. A lot. And I hate it. I hate feeling hopeless. I hate that I can smile and laugh and feel happiness one minute while the next minute is agonizing and terrifying. I hate the obsessive thoughts. I hate that I feel like I have to be physically moving to control my brain’s movement. I hate that I get exhausted, have nightmares, feel unbelievable physical pain, and cannot think as clearly as I would like. I can’t afford a misstep.
2. It is suicide prevention month. There are many people out in the world wondering if they matter. There are many people out there feeling hopeless. There are many people out there who are smiling and laughing one minute while doubled over in emotional and mental agony the next. They are trying to figure out if they should keep circling. Hurting people cannot afford a misstep.